In my post about the Fairfield repack that I picked up, I was surprised that a Super Bowl XLIII factory set card was included and mentioned that I would be posting about them soon. Now is that time.


Back in January I bought two parallel Browns team sets that were included in different color border factory sets sold for Super Bowl XLIII. I posted about them in February. In that post I mentioned that there were still four more parallel sets to pick up. I finally picked them up on eBay. 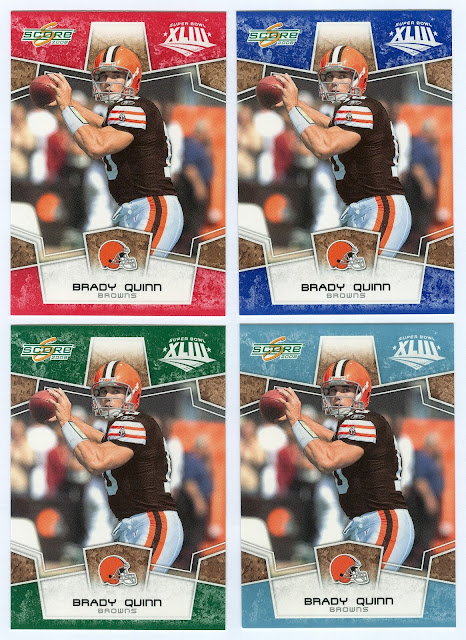 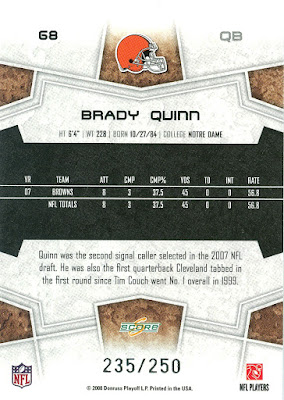 Only the glossy set was numbered on the back, and all the cards in the team set shared the same number 235/500. The rest of the sets had the same back without the serial number.


Here are the rest of the players included in these factory sets. 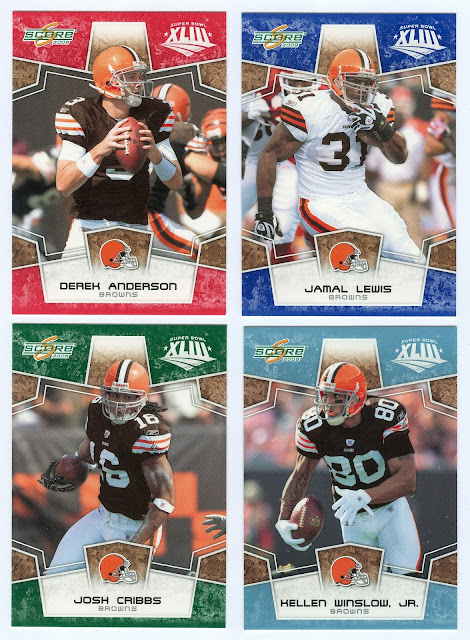 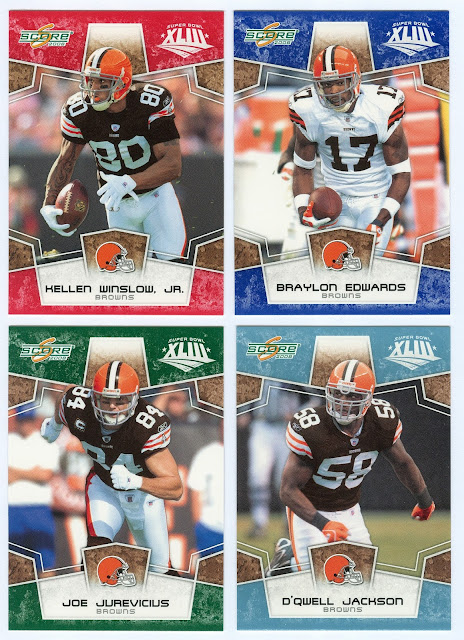 Ah, look at that, I included Kellen Winslow, Jr. twice. I was wondering why I seemed to be scanning one too many card since I didn't count the Brady Quinn ones at the top of the post. Oh, well. 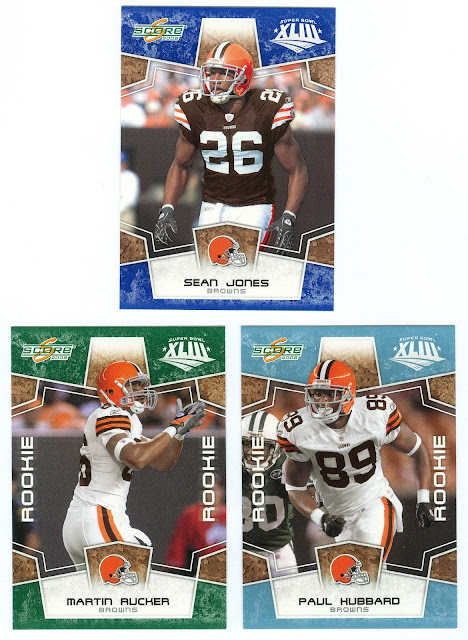 The Browns cards in the 2008 Score set are as follows:


You might notice there is no card number 75 in the Browns team set. Looking at my collection, I find that card 75 is a Browns card to me as it shows Leigh Bodden in his Browns uniform even though he is noted as having signed with the Lions. 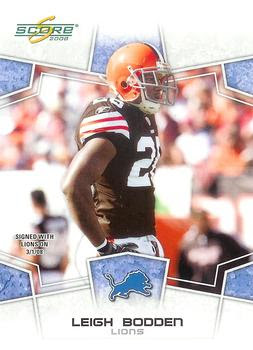 This, of course worried me. By buying all these parallels of the team set, how was I going to get the one missing player?


That worry was alleviated by looking at the Lions Super Bowl XLIII factory set cards available at COMC. As it turns out, they took a new photo of Bodden in his Lions uniform to use for the factory sets. Phew.


As happy as I am to have completed the 2008 Score Super Bowl XLIII parallels, I still have plenty more parallels to chase from 2008 Score. Out of the 12 cards I consider to be part of my Browns collection (which includes the Bodden card), I only own 4 of the Glossy parallel, and 2 of the Artist's Proof parallel, while not owning any of the End Zone, Gold Zone, Red Zone or Scorecard parallels. For those counting, that makes 13 of each player to collect, except for Bodden who will only have 7.


Oh, wait. What's that? There is yet another parallel set? 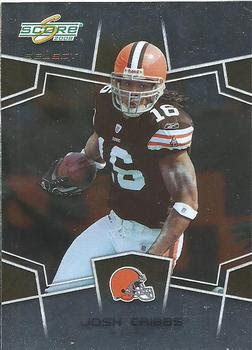 The 2008 Score Select set, which is an exact parallel of the regular 2008 Score set, which means that I want to get the Bodden card. I currently own 5 of the 12 Browns, with another 5 sitting in my COMC purchases that I have waiting to be shipped to me. 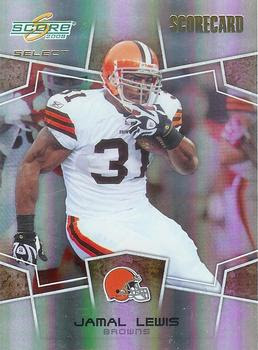 Here is the only Scorecard parallel that I currently own for 2008 Score Select.  Only 11 more to find. And sadly, Scorecard isn't the only Score Select parallel. There are also Artist's Proof, End Zone, Gold Zone, and Red Zone parallels to find as well.


So, if I ever manage to get all the cards, each non-Bodden player will have over two full pages of cards, while Bodden will fill up 13 card pockets in a binder. Crazy, isn't it?


But that is only talking about base cards. There are also the insert sets, and all of those parallels of the insert set in both 2008 Score and 2008 Score Select but I'm not going to get into those here.
Posted by Angus at 17:57