The COMC order added quite a few cards to the 2010 binder of my Browns collection.

An old roommate is a big Washington State Cougars fan. He was very excited when the Browns drafted Jerome Harrison in 2006 and told me that I would enjoy cheering for him. Harrison was probably included in all the 2010 card sets after his finish to the 2009 season.

The Browns went on a four-game winning streak to end the 2009 season, which probably saved Eric Mangini's job as head coach. In the second game of the winning streak, on December 20, 2009 in Kansas City, Harrison broke Jim Brown's single game team rushing record with 286 yards.

Early in the 2010 season, Harrison was beat out for the starting job by Peyton Hillis, and he was traded to the Philadelphia Eagles for Mike Bell.

These two Topps Gold cards bring me up to nine of the thirteen cards for the team set.

Wow, Mitchell seems to really pop from the photos on these cards. They almost look like he was pasted on to a background.


Why did Panini have to have two different categories of parallels, Mirror and Platinum, in the same five colors (Black, Blue, Emerald, Gold, Red)? Go ahead, try to remember which Blue or Red parallels you own or need. Sigh.


Ben Watson signed with the Browns after spending his first six seasons with the New England Patriots. In 2010, he led the Browns in receptions, receiving yards and receiving touchdowns. He played three seasons with the Browns before moving on to New Orleans, and then Baltimore. He is still going strong, leading the Ravens in receptions and receiving touchdowns last season. Last year, for the second time, he was named as a finalist for the Walter Payton Man-of-the-Year Award.


I went to watch a day of Browns training camp in 2011. I decided to buy a jersey, and narrowed my choices to Peyton Hillis or Colt McCoy. I went with the McCoy jersey. I'm still happy with that choice.


Jabaal Sheard was a second round pick for the Browns out of Pittsburgh, and Jordan Cameron was a fourth round pick out of USC in the 2011 NFL Draft.

Sheard had a great start to his career, making the 2011 All-Rookie Team, but I think that he really suffered through the constant coaching and system changes.


Greg Little was also a second round pick for the Browns in the 2011 NFL Draft. He led the team in receptions and receiving yards during his rookie season but he was second in the league in drops with 14, while being 17th in targets. (The league leader in drops was Roddy White with 15, but White was the most targeted receiver in 2011.) The drops continued which I'm sure led to the Browns letting him go after three years with the team.


Unlike the 2010 Topps Gold set where I own most of the cards, these two cards bring me up to owning three of the thirteen cards for 2011. I think I need to work on these.

Here is the second last of my Christmas baseball packs. 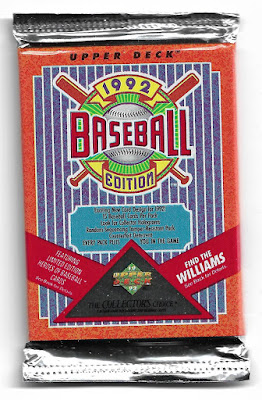 I haven't been lucky enough yet to pull any of the featured inserts in any of these packs. Will I break that streak? 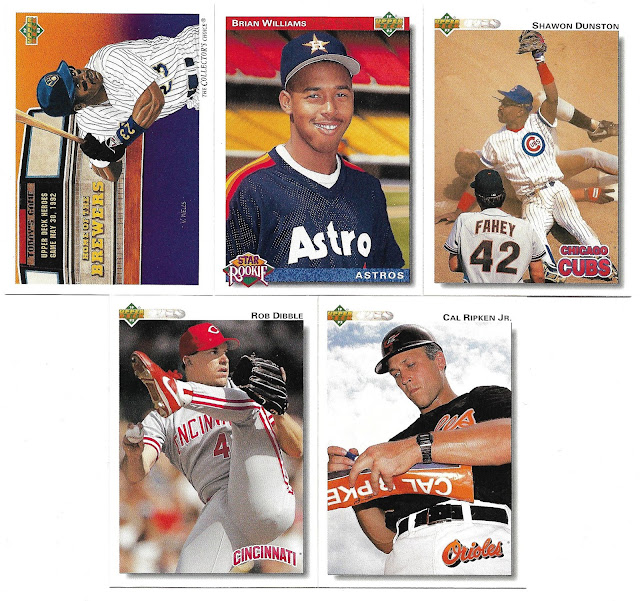 Interesting photo for Dunston. I wish the base coach was not in the way.

It is amazing how much of Dibble was able to fit into the photo on this card. I think I would hurt myself if I tried bringing my leg up that high.

Is it my imagination or are there a lot of cards of Ripken signing autographs? Maybe I just see this photo over and over. 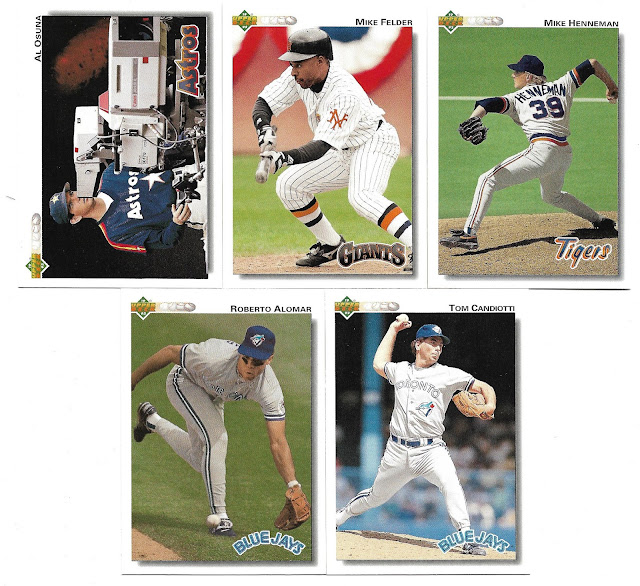 I think everyone knows this Osuna card.

I was confused by the Felder card for a moment as I didn't remember him being a Met, but then I realized that it must be a Giants throwback uniform.

A nice pitching photo of Henneman. You can read his whole name on his uniform.

A good pair of Jays cards - love that knuckleball that Candiotti is throwing. 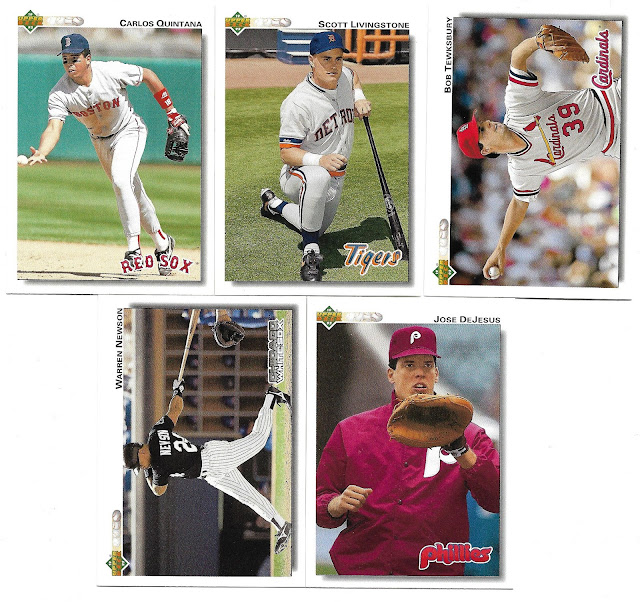 None of these cards seem to special to me, but I guess I kind of like the underhand toss by Quintana. All in all, though, a nice pack of cards but no insert.