It looks like there will be two more COMC Black Friday posts after this one. I don't know why I added the one 2006 card to the scan with the 2007 cards. The 2007 cards would probably have looked better as a scan of four cards.

Darrell Hackney was an undrafted free agent out of the University of Alabama at Birmingham (UAB). He was released before the start of the 2006 regular season.

Syndric Steptoe was drafted in the seventh round of the 2007 NFL Draft out of Arizona. He spent the 2007 season on the practice squad, made the regular roster in 2008, starting five games during that season. He suffered an injury during training camp in 2009 and was waived injured during camp, ending his NFL career.

A.J. Davis was drafted by the Detroit Lions in the fourth round of the 2007 NFL Draft and released in September of that year. The Browns signed him to their practice roster where he stayed for the 2007 season. He was released by the Browns during the final cuts of the 2008 training camp.

I liked Brady Quinn, and was excited when the Browns drafted him. I now like listening to him on the radio when I get the chance. I think that Quinn was less of a disappointment to Browns fans than Jamarcus Russell was to Raiders fans.

Moving into 2008 cards with insert cards of Winslow and Quinn.

Martin Rucker was drafted in the fourth round of the 2008 NFL Draft. He played in five games for the Browns, catching two passes in his career.

I like the Playbook insert, but wonder about the nickname on the side. Looking at a handful of the other cards in the insert set, some players have nicknames, some just have parts of their names instead. (Eli Manning has Eli, Jay Cutler has Jay, Steve Smith has Smith.)

All three of these players came to the Browns from the Ravens. Jamal Lewis is the last Browns running back to have multiple 1000 yard seasons.

A couple of weeks ago, Mohamed Massaquoi told his story on The Player's Tribune website telling how he had the four fingers on his left hand amputated last spring after an ATV accident.

More parallels - a common theme among cards that I need.

And parallels of inserts too!


I like cards like the timeline card that show a player's transition from one team to another. Winslow was traded to the Buccaneers in February 2009 for two draft picks (a second and fifth). Of course, as seen with the Classics card, not all card sets can process player movement fast enough.

Brian Robiskie was also drafted in the second round of the 2009 NFL Draft. His father, Terry, coached with the Browns from 2001-06 including a short stint as interim head coach in 2004. I remember reading that Brian was often around the team while his father was coaching.

Of the two receivers that the Browns drafted in the second round of the 2009 NFL Draft, Mohamed Massaquoi wound up having more success with the team.

Let's see what we have for today's Christmas baseball pack. 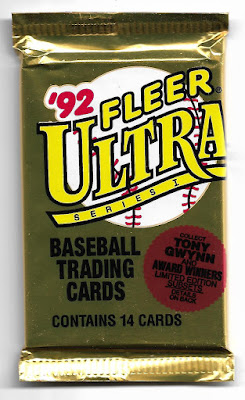 1992 Fleer Ultra with a chance for Tony Gwynn and Award Winner inserts! 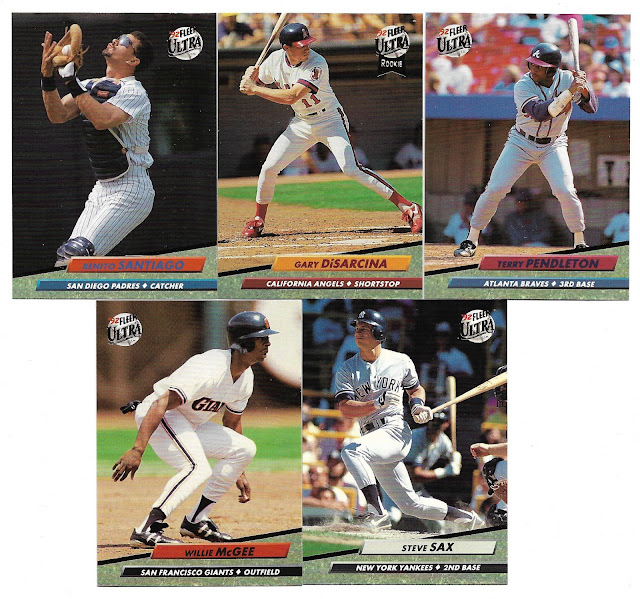 I don't mind the Rookie banner under the Ultra logo, and DiSarcina is the Mets new bench coach for the 2018 season.

I like the Santiago and McGee photos. And every time I see a card of Sax with the Yankees I automatically think of the Simpsons classic softball episode. 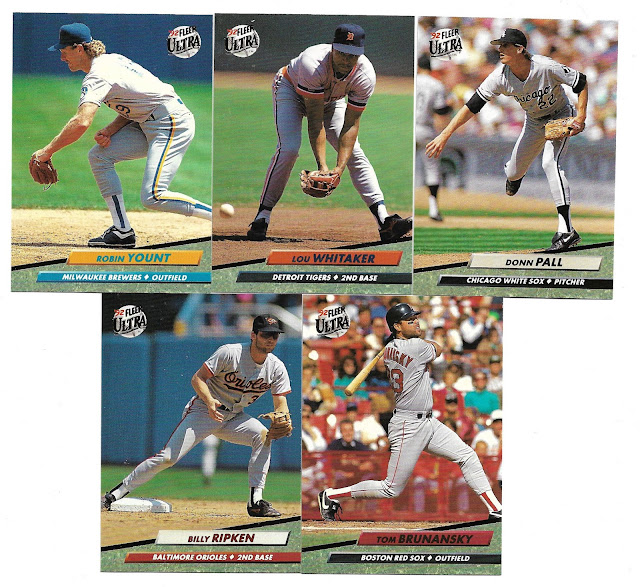 I don't think that Yount realizes that the ball is behind him.

I like listening to Billy Ripken on the MLB Network.

You know what might be my favorite part about these cards so far? All the socks. I can't tell you how much I hate the long pants that most players wear. 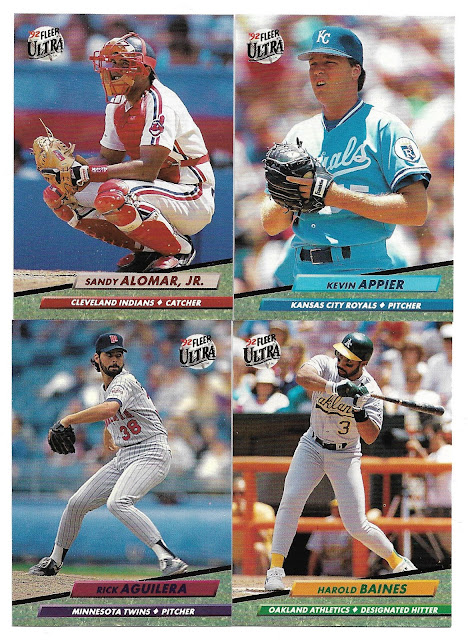 I like how Alomar crouched so nicely so that his photo would fit on the card.

Actually, it is nice to see three cards that all petty much show the whole player, minus just a little bit of the card design needlessly angling up from the bottom left and covering a couple of feet. I like seeing the entire bat in the photo and don't need the card to be zoomed in so much that it cuts off the bat.

I've always enjoyed the Ultra sets and think that they do a good job for a borderless card.
Posted by Angus at 00:39