I've noticed a few bloggers posting about receiving their Christmas cards from me. If anyone has come to my blog after reading one of their posts, it isn't too late to get your own card! Just read a couple of posts back and send me an email.

I'm glad to see that some cards have arrived so quickly, and that the cards looked safe. I still have more to mail out and will hopefully make another run to Ogdensburg on Saturday to put some in the mail.

While picking up my Black Friday purchases at my PO Box last weekend, there were also a few other envelopes waiting for me.

I want to give a thank you out to Tony for an envelope of Browns cards. Nice cards in there, but I'll show you guys the great addition to my collection: 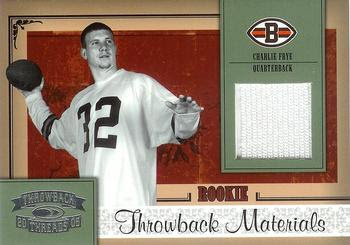 Another envelope contained an e-bay win: 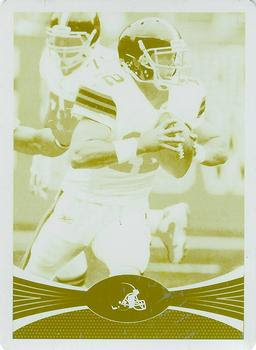 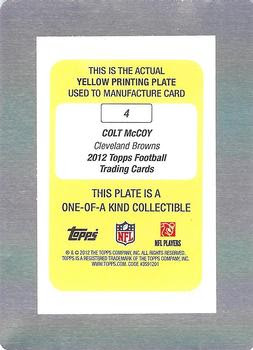 ﻿
Colt McCoy, number 15 of 24. I'm not sure how many printing plates I now have in my collection, but I'm always happy to add another.

I own a Colt McCoy jersey, one of the first four Browns jerseys I've bought, all with the same theme. Well, the theme started accidentally and McCoy was the only time that I consciously added to it, but I'll have to see if I complete it in time.

My first jersey I bought was an Ozzie Newsome 82. It was followed by a Tim Couch 2, and a Courtney Brown 92. When I went to buy a new jersey in the Browns store while attending a day of training camp in 2011, I debated between a Peyton Hillis 40 or the McCoy. I chose the McCoy when I realized all of my other jerseys ended in 2, and giving me an excuse to buy more to complete the set. Why I don't have a Jim Brown 32 yet I don't know.

Anyway, since the McCoy purchase I added two player-worn practice jerseys at the Cleveland Browns Fan Fest last year but neither end in 2. (Chris Gocong 51, and Christian Yount 57 if you were wondering.)
Posted by Angus at 11:29