Yesterday I was adding a whole bunch of Black Friday scans of Browns cards to The Trading Card Database, and adding serial numbers and team names to those cards when necessary. At one point, to find a card, I went to view by team and saw this: 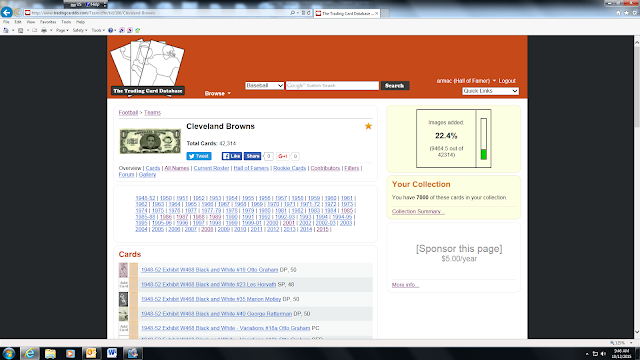 Okay, a little fuzzy, but I was surprised to see the nice round number of 7000.

Offhand, I'm not sure what the last card was that I entered into the database, although I could look it up, but I do know that as I added one card, I added the team name as well which probably turned it into card 7000, and that was this card: 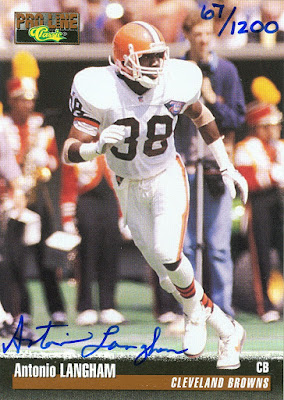 ﻿
So, due to laziness and no real record keeping, I am declaring this as card number 7000 of my Browns collection.

According to the database, I have 100 different Antonio Langham cards in my collection, although some are college and Ravens cards. This is the third one that is autographed.
Posted by Angus at 12:08