Some Mets cards from a friend

Quite a while ago I posted about giving an old Bowman card to a friend. Well, after coming back from the Syracuse card show, I was talking with him about the Mets photos that Night Owl gave me, and about my Mets Opening Day Starting Lineup Project.

My friend expressed interest in seeing the binder of Opening Day pages that I have, and I brought it in to our local bar for him to look through during one of my trivia nights.

I wasn't aware that he copied down some of the names and years of players that I needed, but he surprised me tonight with some cards from his collection. As you'll see, they are a little rough, but they are perfect to have for my collection. 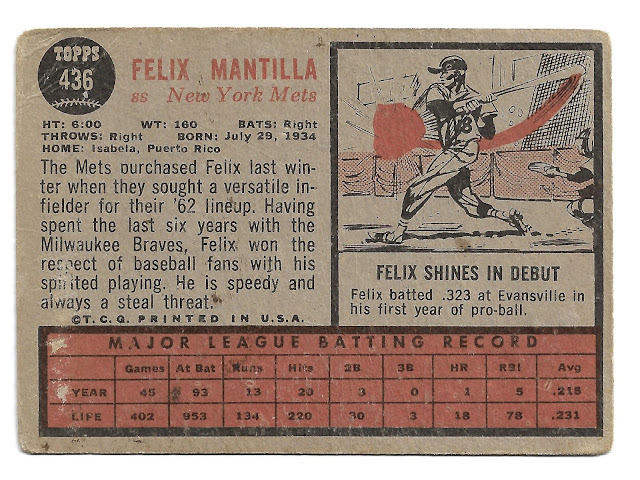 I know that the 1962 cards are not going to have the players in Mets uniforms, but I am willing to forgive it for cards from their expansion year. 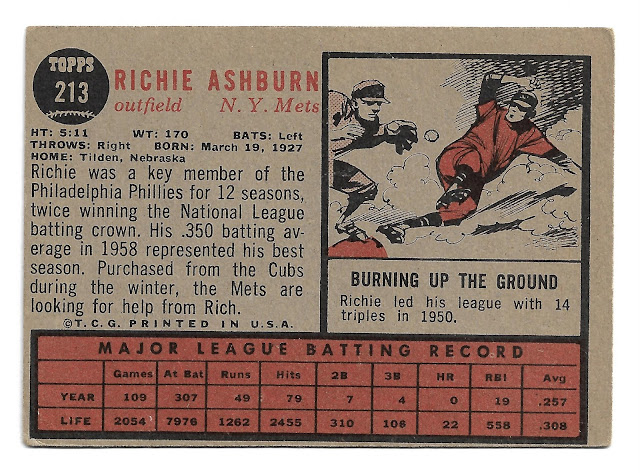 After doing my research on the photos that Night Owl gave me, I discovered that both Felix Mantilla and Richie Ashburn only played the 1962 seasons with the Mets, so it is nice to have these two cards from that year. 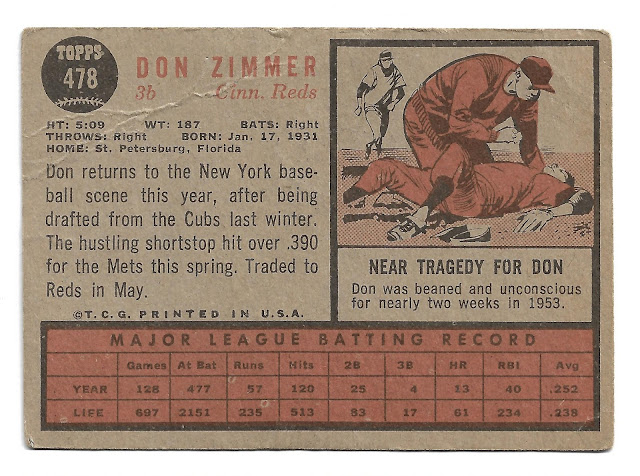 A bunch of creases, wax stains on the front...love it! I suppose the only thing that is unfortunate about this card is that they managed to acknowledge his trade to the Reds on the card. I would have preferred for the card to still say New York Mets. Oh well, what can you do?

These three cards completed my 1962 lineup. 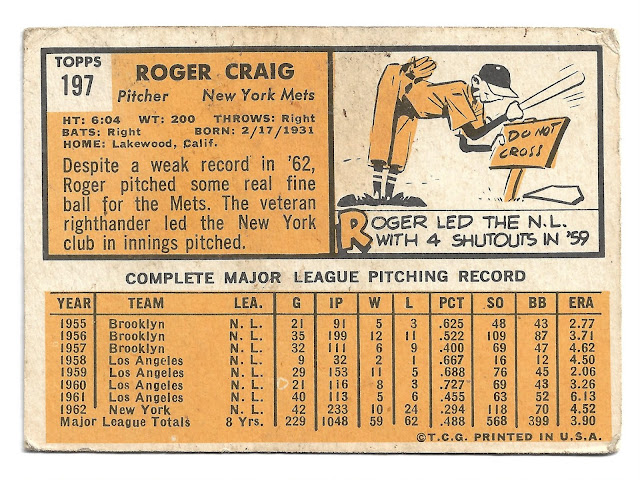 Roger Craig started the first two Opening Days in Mets history. I love that I now own his cards from both years. 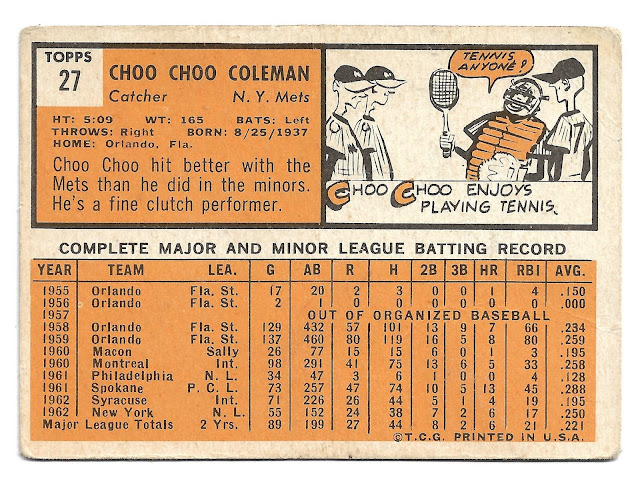 Choo Choo Coleman only started the 1963 Opening Day for the Mets. I'm happy he did so that I get to have a card of him in this collection. It would have been missing something without him in it. 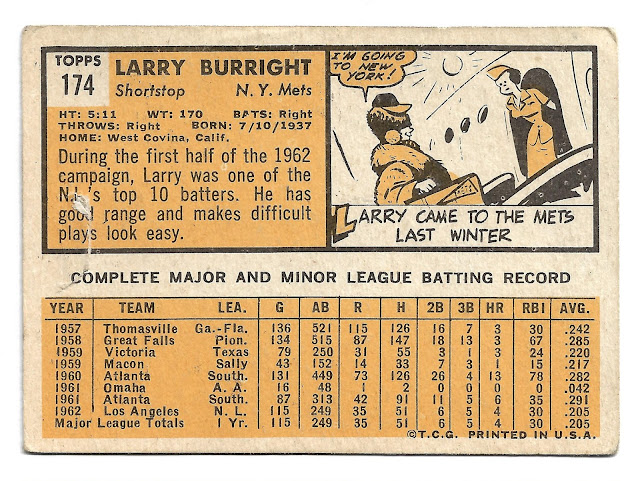 This card is probably in the roughest shape of the bunch that I was given. It has a small tear through the card just above his head on the front that you can see on the left of the card on the back. I don't have a problem with it.

These three cards double the cards in my 1963 lineup. Three more to go.

My friend also noticed that I needed a Billy Cowan card for 1965, and gave me one. 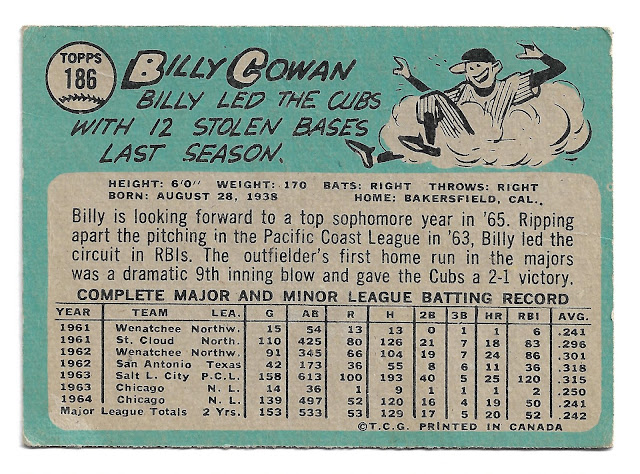 Unfortunately for me, for my project I want to have cards of the players in Mets uniforms. (With the exception of the expansion season where I don't mind getting the 1962 card labelled as a Met even if the uniform isn't right.)

Billy Cowan played 82 games for the Mets in 1965 before being traded to the Milwaukee Braves. He doesn't have a Mets card in a mainstream set. For this project, I will have to find a copy of a card from a 1991 Nobody Beats the Wiz New York Mets set.

I'm thankful to my friend for the cards, and for his thought of helping out with this project.
Posted by Angus at 03:15