In my continuing search to actually get a Baker Mayfield card in a Browns uniform, I decided to grab a 40 Card Value Pack of 2018 Playoff Football cards.

Let's see what I found: 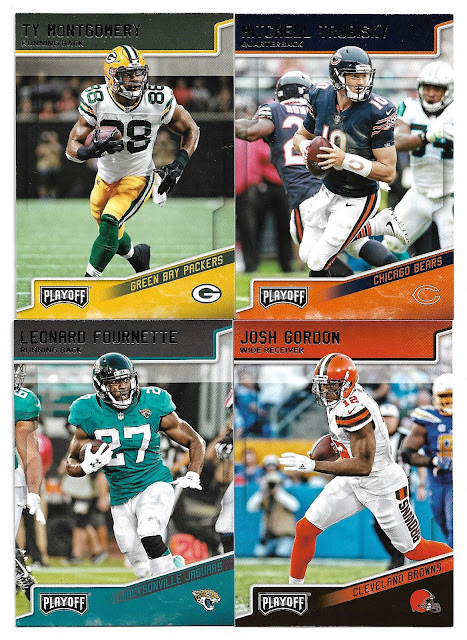 I needed the Gordon card. Nice start to the pack. 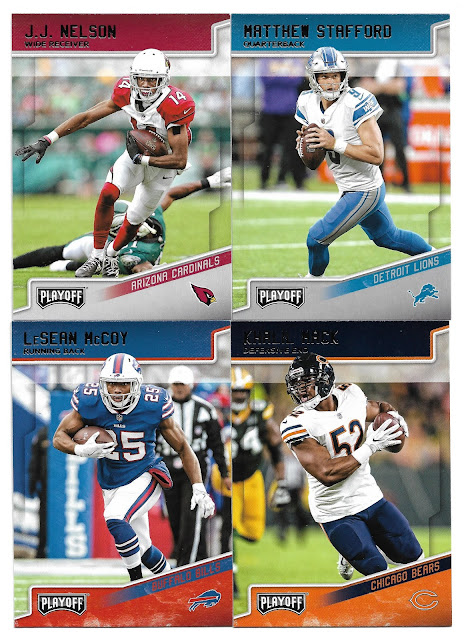 This may be the first Khalil Mack card I've pulled that shows him in a Bears uniform. 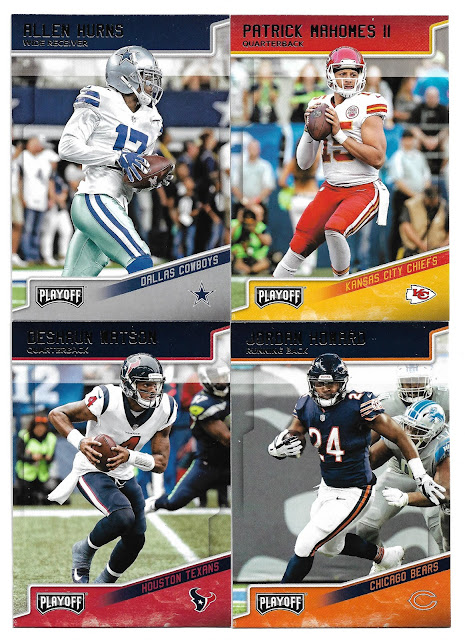 A couple of good, young quarterbacks among these four cards. Hopefully Mayfield will surpass them in the AFC in the long run. 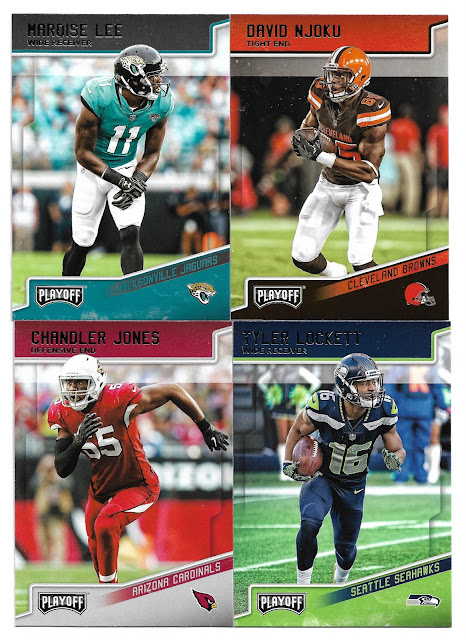 A second Browns card, which is making it a good pack, but I already have the Njoku card. 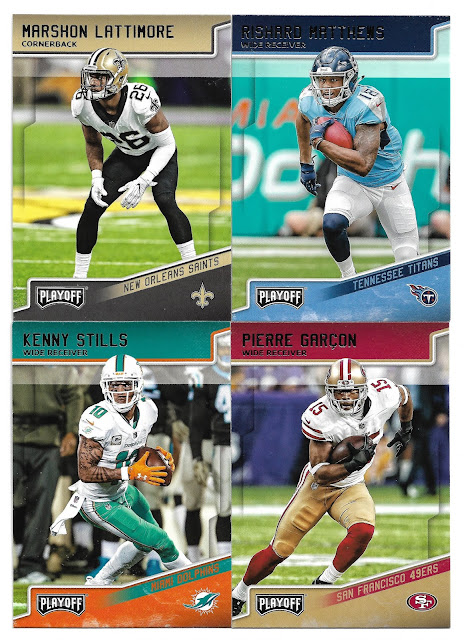 I like how the card border colors are by team colors, especially on the Dolphins card. 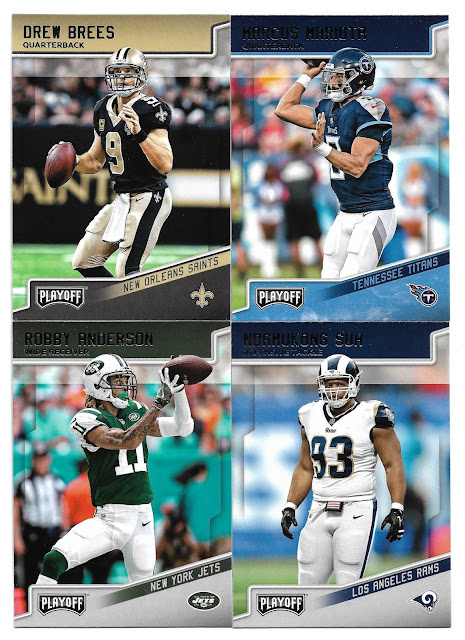 I like how Anderson seems to be watching the ball right into his hands. 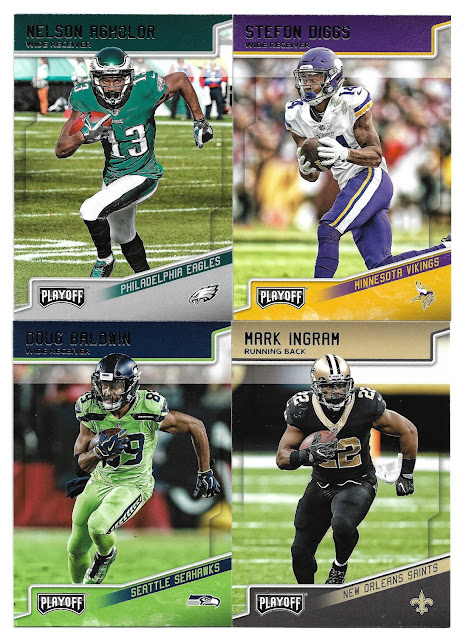 The Seahawk green on the border of the card blends in to the field that Baldwin is running on. 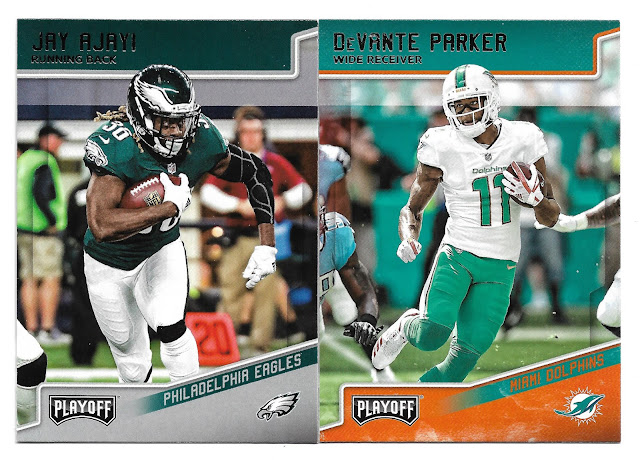 Here are the last two cards that bring about the end of the veterans section of the pack.

Time to move on the Goal Line parallels, inserts, and the rookie cards. 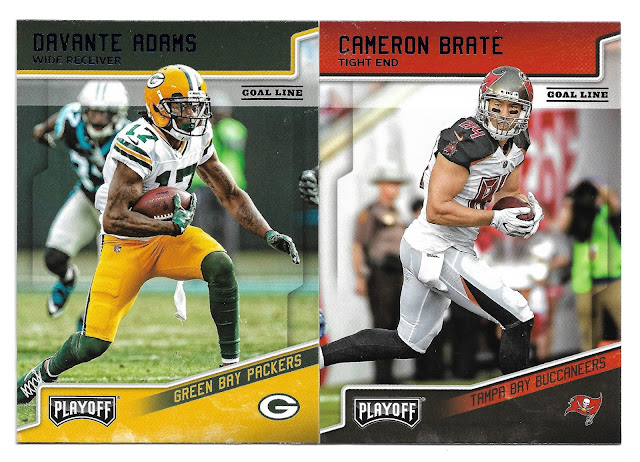 First two parallels, and then, what's this?!?! 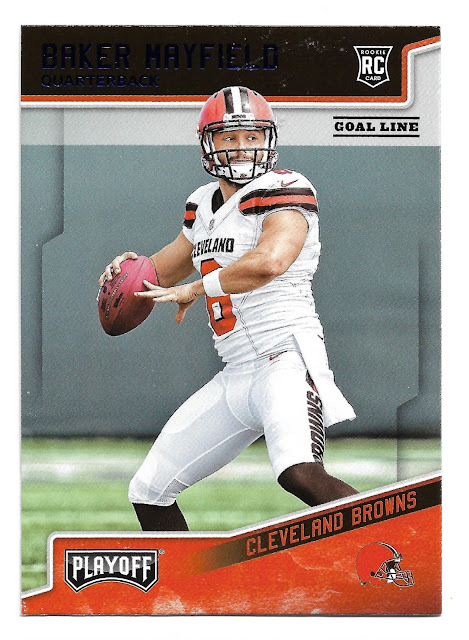 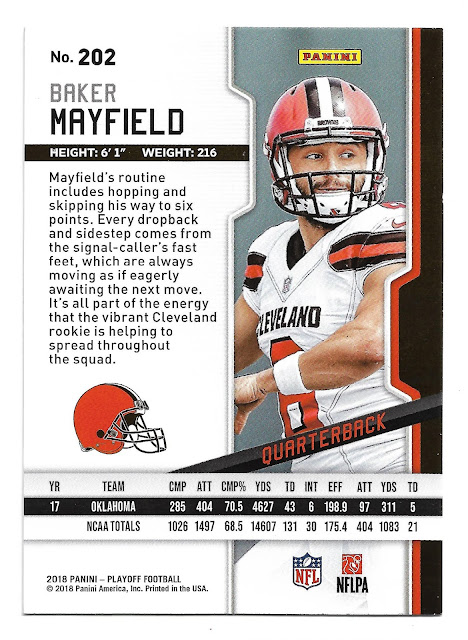 That makes this a great pack for me, but I still have the rest of it to show. 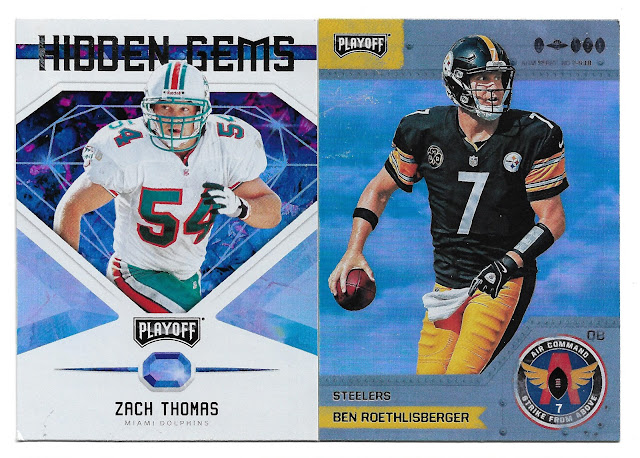 Both of these inserts are a little shiny, which I like, but I definitely prefer pulling the Zach Thomas card over the Steeler. 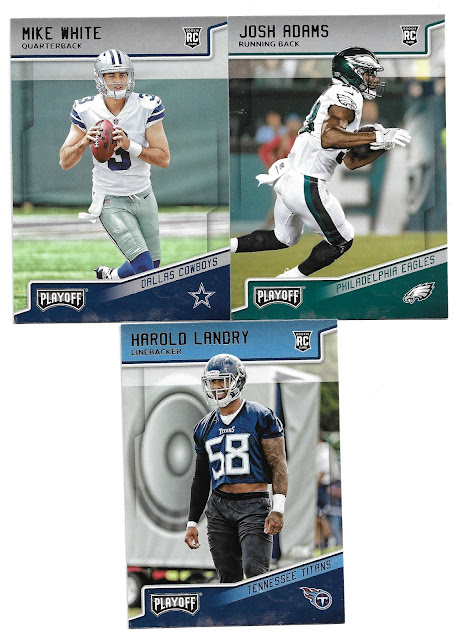 Adams and Landry both had good rookie seasons. I'm sure their teams will expect them to take another step forward in their second seasons. 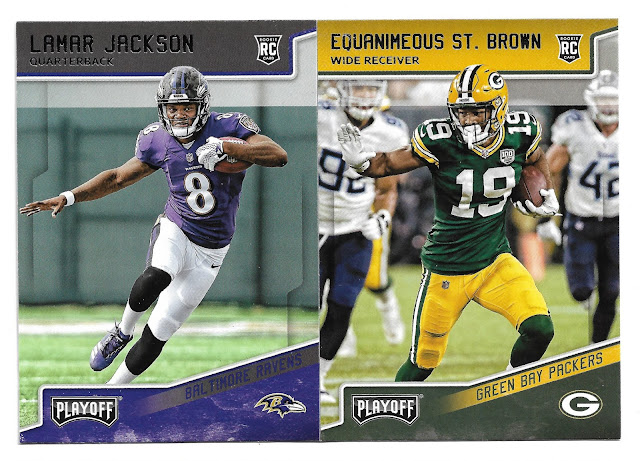 It will be interesting to watch how Lamar Jackson progresses as a passer. Watching him in the final regular season game against the Browns last year, you could really see what a good runner he is, but if his passing doesn't progress then I think teams will learn how to play against him and limit him in the future.

Well, that's the pack, and as you might expect, I'm pretty happy that I bought it.
Posted by Angus at 00:15