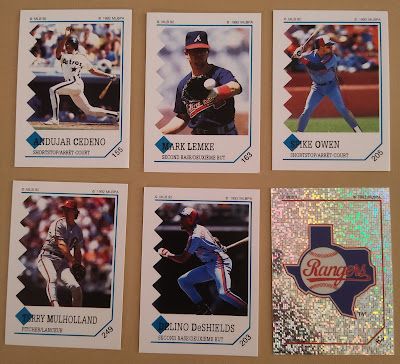 155 Andujar Cedeno - Astros
163 Mark Lemke - Braves
205 Spike Owen - Expos
249 Terry Mulholland - Phillies
203 Delino DeShields - Expos
83 Texas Rangers team logo foil
The first game of the World Series is tonight, however it starts at one in the morning Dublin time, so I won't be watching it.
(Oops, got the days mixed up. Welcome to being on vacation. Anyway, it will still be one o'clock in the morning when it does happen.)
Obviously, I'm rooting against the Phillies, but let's see how many Phillies and Astros I get in these last five packs that I opened a couple of weeks ago.
After one pack, the teams are tied 1 - 1.
Pack 47: 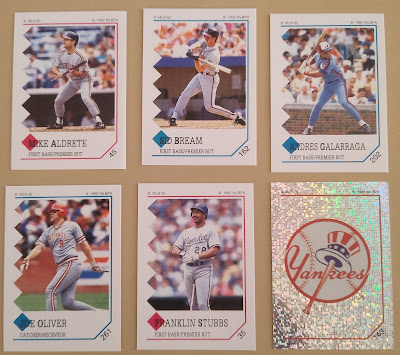 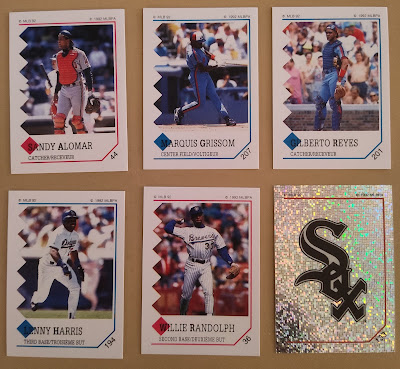 44 Sandy Alomar - Indians
207 Marquis Grissom - Expos
201 Alberto Reyes - Expos
194 Lenny Harris - Dodgers
36 Willie Randolph - Brewers
133 Chicago White Sox team logo foil
Again, no Phillies or Astros, so still tied 1 - 1.  The Expos would have had a commanding lead had they been in this.
Pack 49: 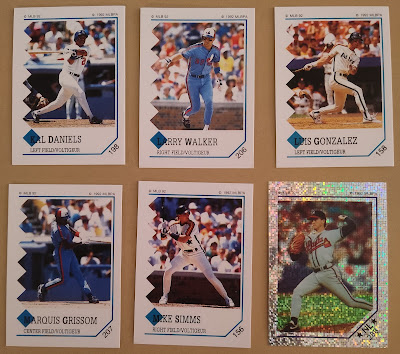 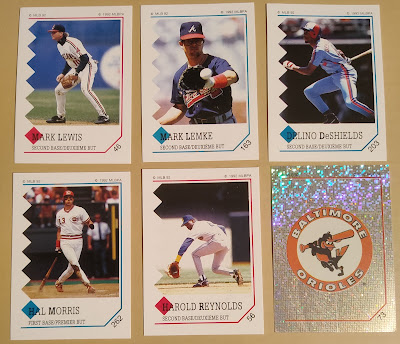 46 Mark Lewis - Indians
163 Mark Lemke - Braves
203 Delino DeShields - Expos
262 Hal Morris - Reds
56 Harold Reynolds - Mariners
73 Baltimore Orioles team logo foil
Okay, no more Astros or Phillies so the Astros finish these packs up 3 - 1. Is that a predictor for tonight's game?
The Expos finished this grouping with at least one sticker in every pack.
Once again, I'm disappointed with no Mets appearing in these packs.
All together, I had fun opening this box and will be happy to distribute these Canadian stickers to fellow collectors.
The wedding that I'm attending will be at the K Club in Ireland tomorrow. I'm really looking to see the resort. Too bad I can't get a round of golf in.
I may post a few Ireland pictures on Sunday before flying back to Ottawa on Monday.
I haven't seen any signs of cards in any stores I've seen, other than gaming cards like Magic.
Posted by Angus at 16:39