A few weeks ago, while walking the retail floor of Ottawa Comiccon, I came across a table with all sorts of non-sports card sets on it. Looking underneath the table, I could see unopened boxes.

One box caught my eye. It was a box of Panini Baseball stickers. Looking closer, I noticed it was a box of 1992 stickers, and the box was bilingual. Best if all, it had a price sticker of $15.

Figuring that most of my US collecting friends would need these Canadian stickers, I added the box to my other purchases. 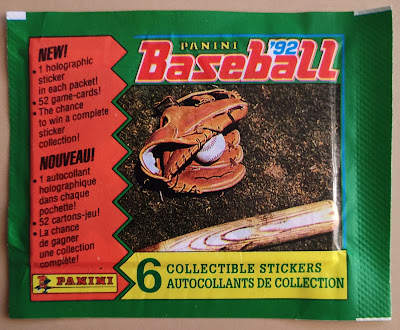 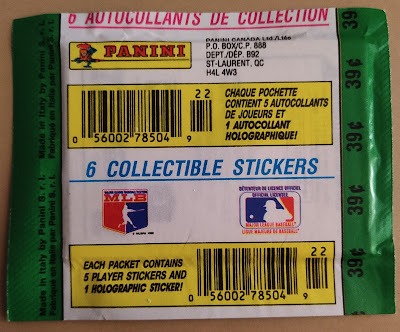 On the right side of the back of the sticker pack, you can see that these sticker packs sold for $0.39 each. A box contained 50 packs. This means that my purchase price was cheaper than the original cost of the box thirty years after it was originally for sale.

I'm going to show five packs of stickers per post until the box is shown.

Pretty much everything pulled is available. The first of certain stickers are already reserved for some bloggers that I often trade with.

Let's see how this goes! 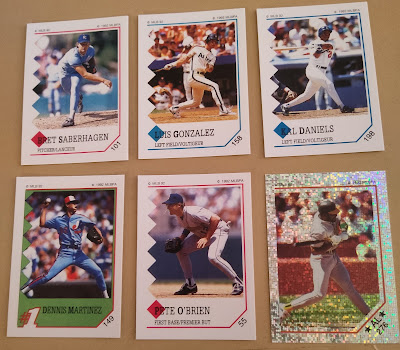 Since the photos of the stickers aren't as clear as I would like them to be, I will list the players below each photo:
101 Bret Saberhagen - Royals
158 Luis Gonzalez - Astros
198 Kal Daniels - Dodgers
149 Dennis Martinez - Expos
55 Pete O'Brien - Mariners
276 Dave Henderson All-Star foil - A's

And for fun, the bilingual backs of the stickers: 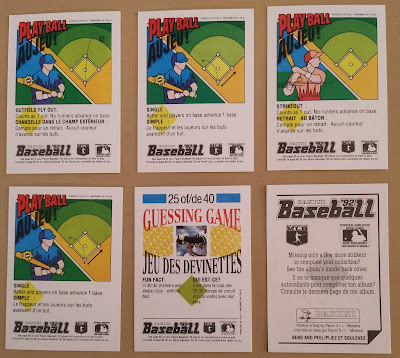 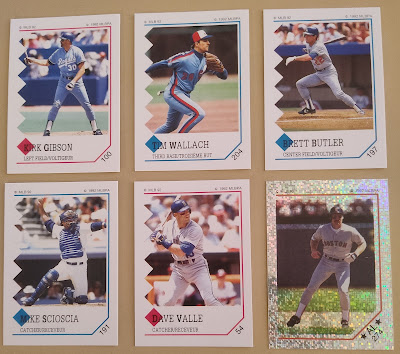 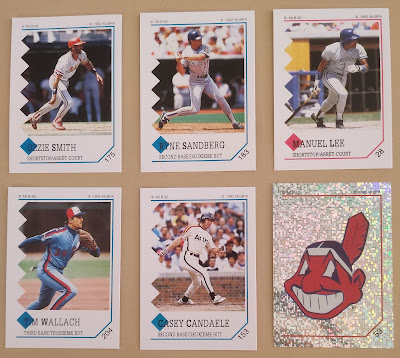 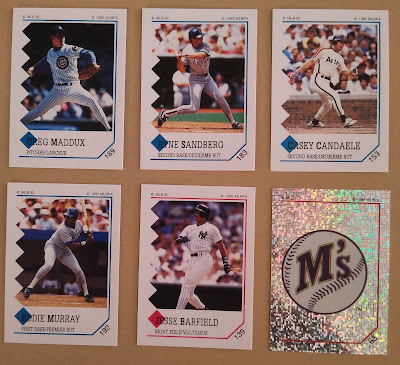 189 Greg Maddux - Cubs
183 Ryne Sandberg - Cubs
153 Casey Candaele - Astros
192 Eddie Murray - Dodgers
139 Jesse Barfield - Yankees
63 Seattle Mariners team logo foil
With 50 packs of 6 stickers, and the set being 288 stickers, there would have had to have been near perfect collation to collect the set. With the way card packs were in 1992, and with sticker sets especially, I figured that it wasn't likely. With Sandberg and Candaele appearing in consecutive packs, and Wallach before that, I knew a set wasn't going to happen. 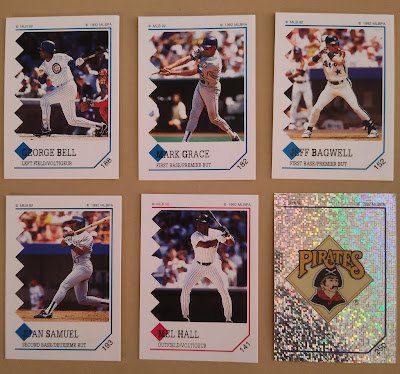 I hope you enjoyed the first part of this box break.