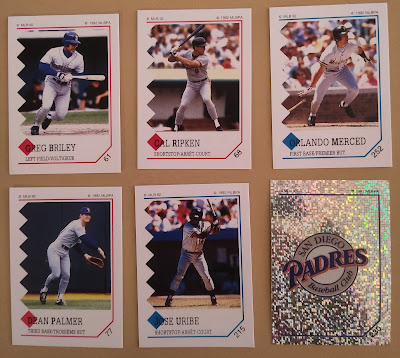 Okay, that isn't fair. As a Mets fan, to get the Padres logo in the first pack today. Didn't need that salt in the wound. 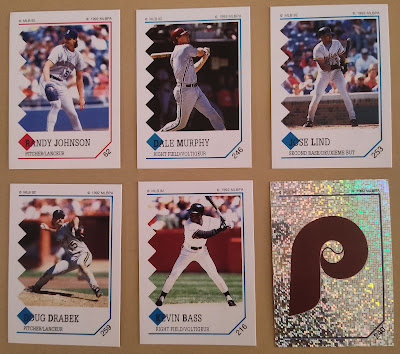 82 Randy Johnson - Mariners
246 Dale Murphy - Phillies
253 Jose Lind - Pirates
259 Doug Drabek - Pirates
216 Kevin Bass - Giants
240 Philadelphia Phillies team logo foil
Oh, okay, I see how this is going to be. Since I complained about the Padres, they decided to give me the Phillies next. So appreciated...
I remember listening to the Expos on the radio when Randy Johnson was pitching for them.
Pack 18: 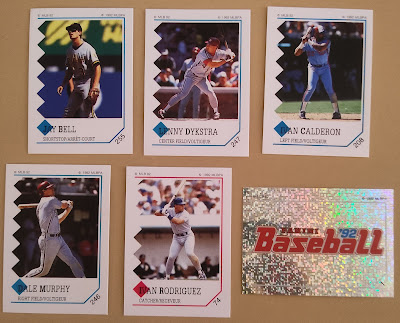 255 Jay Bell - Pirates
247 Lenny Dykstra - Phillies
208 Ivan Calderon - Expos
246 Dale Murphy - Phillies
74 Ivan Rodriguez - Rangers
1 Panini Baseball '92 logo foil
Normally I would be upset at getting the set logo in this pack, but after the last two team logos, I'm good with it.
Until I saw the sticker, I didn't remember Ivan Calderon playing for the Expos.
Pack 19: 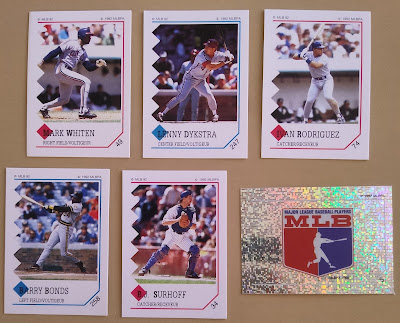 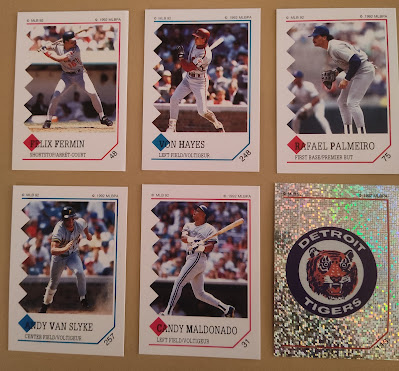