With my COMC order I decided to focus on getting a bunch of less expensive cards that I needed for my collection.

I bought one box of Score last year to help quench the urge of opening a box. I liked the cards, and the  insert sets, but as with the year before, found the sheer amounts of parallels to be kind of pointless. I'm a bit of a hypocrite in saying that since I want to collect all the Browns and their parallels, but it stopped me from buying more sealed product, knowing that I could eventually find the singles that I needed cheaper from other people.

Saying that, let's see some of last year's Score cards. 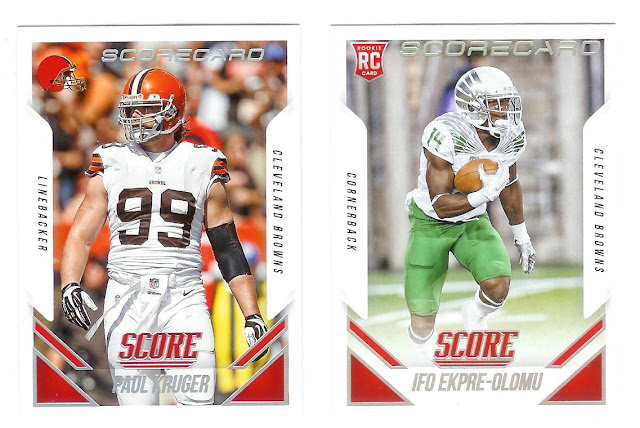 First we'll start with these two Scorecard parallels. These are the first two of the fifteen 2015 Browns Scorecard cards that I've managed to pick up. They at least satisfy one desire I have in a parallel set, they are easily identifiable. 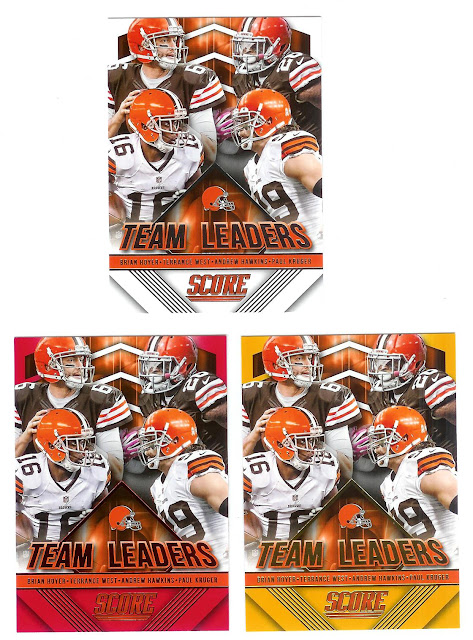 I didn't get a regular Team Leaders card in my box, so you can see it up top. I still need to get the Black and Green parallels. 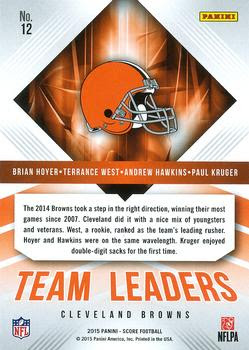 I really wish the back would have had a checklist, or actually shown the team leading statistics that I assume the card signifies.

Two Browns were represented in the twenty-five card Gridiron Heritage insert set, Paul Warfield and Ozzie Newsome. I already owned the regular versions of both but needed to add a lot of the colored parallels to my collection. 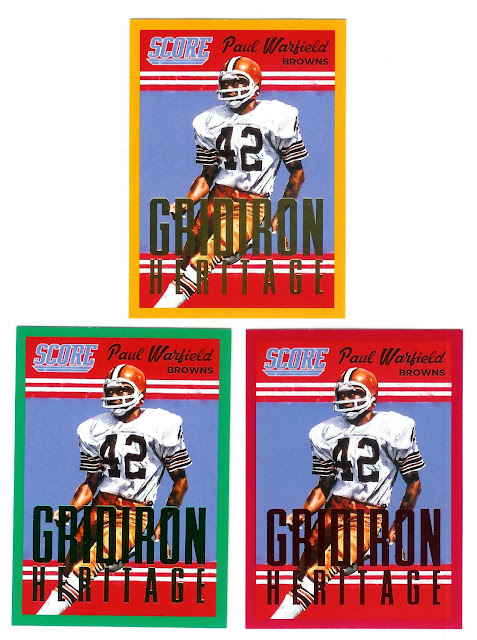 I managed to pick up all but the Black parallel for Warfield. 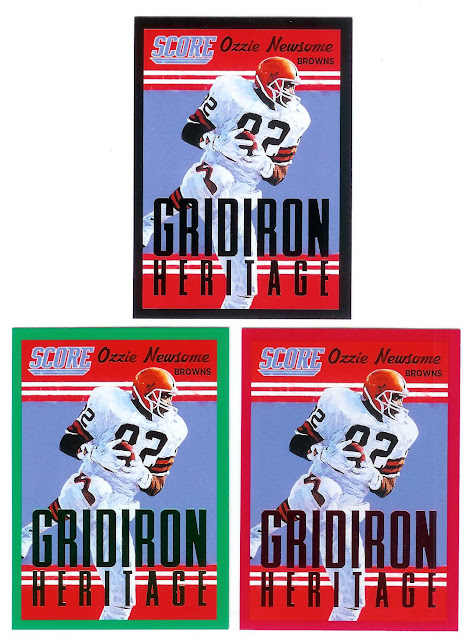 Already owning the Gold parallel, these complete my set for Newsome.

The Browns also had two cards in the fifteen card Sophomore Selections insert set, neither of which are still with the team. I already owned the regular card for both and picked up these parallels. 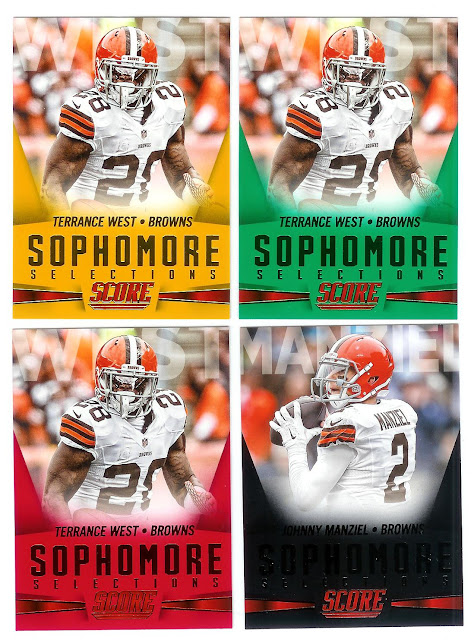 Picking up these parallels leaves me only needing the Black parallel for Terrance West, and the Red parallel for Johnny Manziel.

I'm not sure what the distribution is for the different colors, but I guess I should be happy that they are not all numbered and are at least fairly easy to find.

Now I didn't just buy Score cards from last year, I also found these other Browns that I needed.

Okay, you're probably wondering how I needed a regular Brady Quinn rookie card. I was sure I had it, and if I dug out and rifled through all my doubles, I probably did, but recently when I was going through my binder, and I looked at the 2007 Score Brady Quinn card that I had in it, I realized that it was the Glossy parallel and not the base card. There really isn't that much of a difference between the two, and that is a pet peeve of mine. I want to be able to tell the difference. Say what you will about serial numbered cards and creating an artificial scarcity, but at least I know what I have and can tell the difference. In any case, while looking through COMC for the sale, I figured that I would just grab the Quinn card to fill the hole in my collection.

I have the regular Future Franchise Derek Anderson card from 2008, but this is the Gold Zone version numbered out of 500. 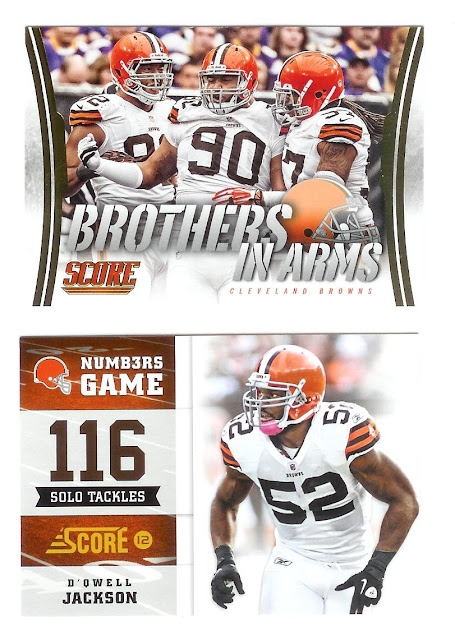 It is hard to tell from the scan, but the top card is the Gold version of the 2014 insert set Brothers in Arms. I already owned the regular Blue version, but still need the Green and Red versions.

This D'Qwell Jackson card is the only Browns card in the Numbers Game insert set, and it doesn't come in multiple colors, but there is a Glossy parallel out there that I need to find. (Or at least I think this is the regular one. Sigh, I hate Glossy parallels.)