The previous posts I did on the Cleveland Browns Starting Lineup figures made me start keeping a closer eye out for those figures that I am missing. Over the last couple of months I have added the following figures:

﻿
New Browns' first round pick, Corey Coleman, will be wearing wearing Bernie's number 19 this year.
I tried taking a couple of pictures of the Mack figure, and it kept coming out like this. The pictures before and after were clear and sharp. Technology doesn't like me. (Or, yeah, I don't know how to use it properly.)
﻿ I managed to get Bob Golic's autograph at last year's Cleveland Browns FanFest. He was great, sitting there signing for everyone and engaging in small talk. I think I got his attention when I told him that I enjoyed him in Saved by the Bell: The College Years.

This gives me three of the five 1988 Browns figures, leaving me to find the Ozzie Newsome and Brian Brennan ones.

I also added the 1989 and 1990 figures of Webster Slaughter. It is nice that they used the brown jersey for the second one after using the white one the first time.

﻿
﻿
I also picked up some more loose Starting Lineup cards that I needed. 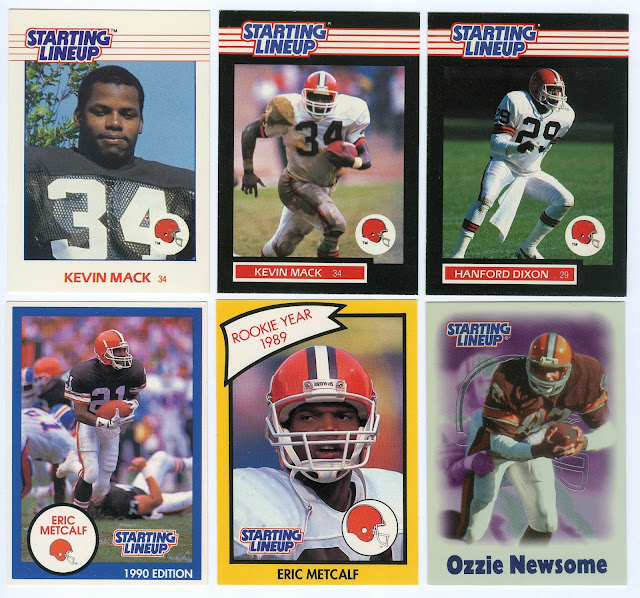 While looking around for the Starting Lineup figures I also came across another interesting figure/toy that I wound up buying, but I'll save that for another post.