Call from the local card store

After spending a fair bit of time and money acquiring a lot of new Browns cards on Sportlots and COMC, I got a phone call from the local card store letting me know that they had opened a couple of boxes of this year's football cards for singles. After spending a day getting my recertification for CPR and AED training, I popped over to the store. Let me show you what I found.

They opened some more of the regular Topps set and pulled a Browns autograph: 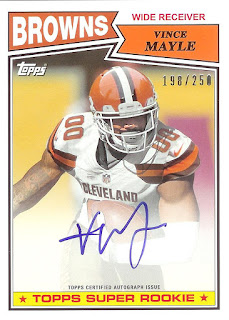 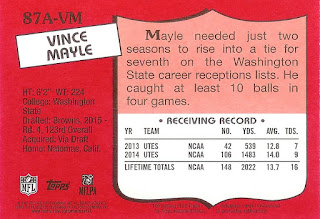 ﻿
An interesting collection tidbit for a player that didn't make the team through his first training camp, this is the 7th autograph card I have of him.

I liked the 1987 Topps cards so I like this card, and the autograph is on card; you can pretty much feel the indentations from the pen. The back is interesting, though, it appears to be a UER - the text shows that he played for Washington State but the stats below list him playing for the Utah Utes, not the Cougars.

Then there was some Topps Chrome: 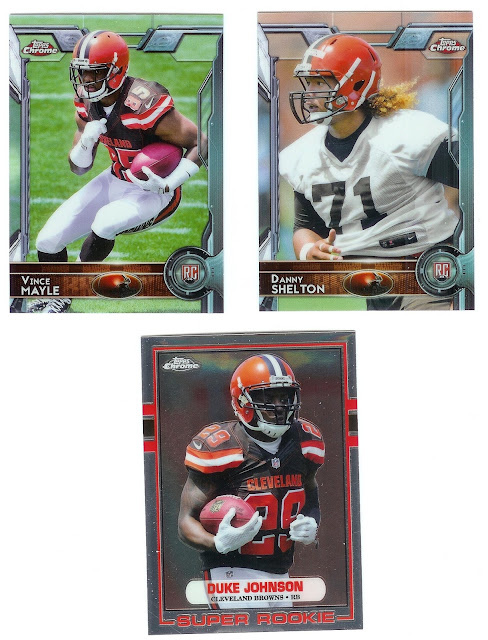 ﻿
More Mayle, along with 1st Round Pick Danny Shelton. And once again, another reach back to an old Topps set, this time Duke Johnson in the style of 1989 Topps.

Continuing with Topps, another reach back to an older set, and another Mayle, here is some Topps Finest: 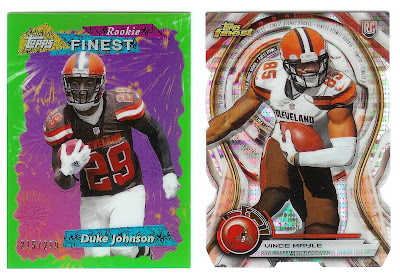 ﻿
The Duke Johnson is in the style of 1995 Finest. The Mayle is a Rookie Atomic Refractor Die Cut. 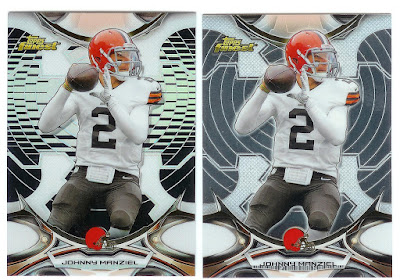 ﻿
I was disappointed in Johnny Manziel's actions over the bye week. Whether or not he should be drinking after being in rehab over the summer, he is legal to do so. However if the coach asks you to behave and not drink, and you agree to that then it is disrespectful to the coach and the team if you do. Even if he was not asked to not drink, he seemed to be lying about his actions when he got back to Cleveland. Again, disrespectful. The coach has said that Johnny always seems to say the right things but doesn't back up his speech with his actions.

On to some Panini Gridiron Kings: 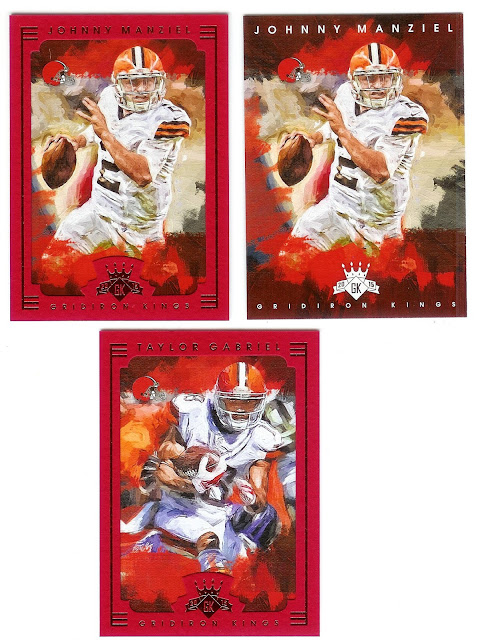 ﻿
A couple more Johnny Manziels, red-framed and base, and a red-framed Taylor Gabriel. Hey, look! No Mayle!

And on to Panini Prizm: 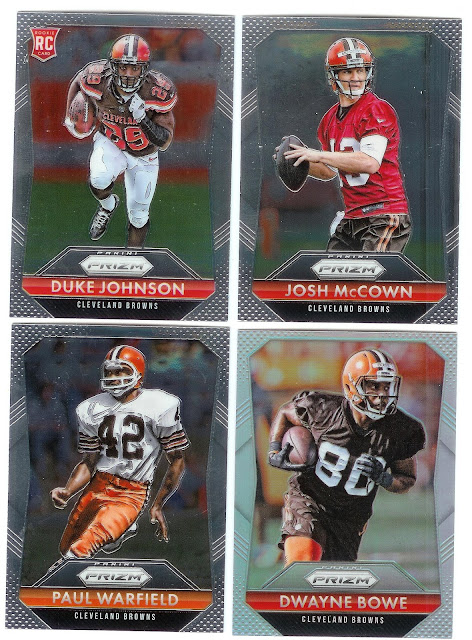 ﻿
The McCown is my first of him in a Browns uniform, and allowed me to add him to my list of Cleveland Browns Starting Quarterbacks on The Trading Card Database.

It is nice to see Paul Warfield in the set again. Always good to see a Hall of Fame player included in the team set.

The Dwayne Bowe is a Prizm parallel - and the back is great! 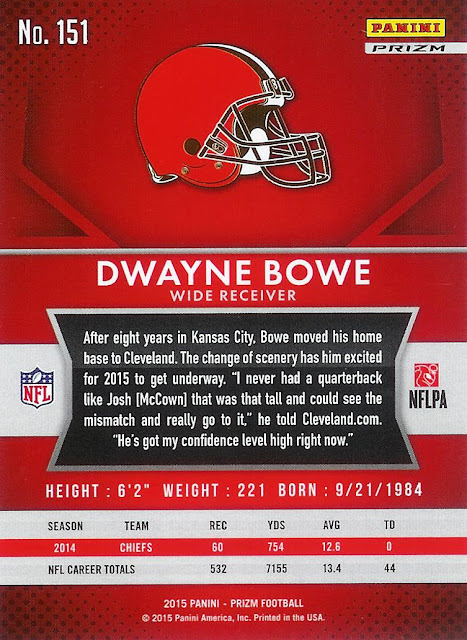 ﻿
I love the optimism! Reality? Well, so far he's played in 4 of the 10 games this year and has 3 catches for 31 yards. Two year contract with $9 million guaranteed. Hopefully he'll turn it around.

Anyway, some interesting cards well worth the short trip to a local card store.
Posted by Angus at 01:17