First, since I do want to show cards, I'll show two cards that I recently purchased from the same seller on eBay.


In a way I was surprised that I didn't have this Paul Warfield card. I should really look at my wantlists a little closer - I still need a couple more for the 1967 Philadelphia set. They shouldn't be too hard to get.


This 1972 Topps Walter Johnson card is a high-number card. Yes, baseball collectors, we have those too. Maybe not nearly as bad as the late series baseball sets, but enough to be irritating. Anyway, grabbing this mis-cut card leaves me only needing the high-numbered Milt Morin to complete the 1972 Topps Browns team set.


I'm very happy to add both to my collection


Now, on to the local happenings.


This weekend, for the first time, Ottawa is hosting a Crashed Ice event.


I'm still not sure whether I'll make my way downtown to watch it live, but walking by at lunch today I snapped a few photos. 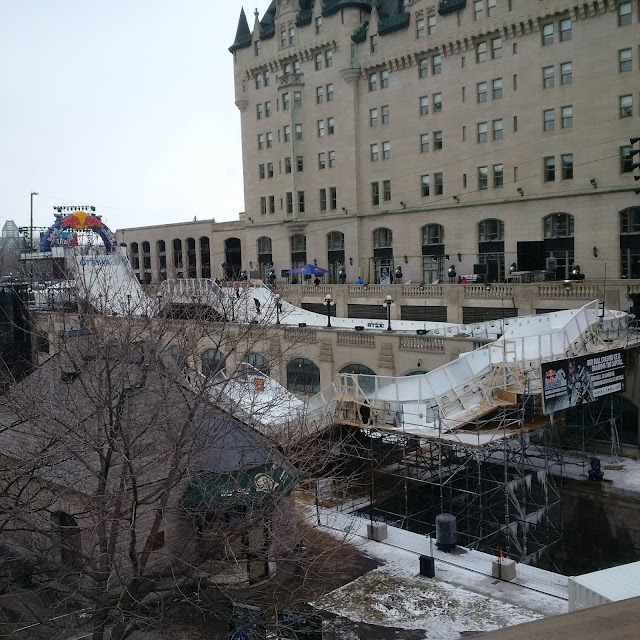 This photo is approaching the course walking from Parliament Hill in Ottawa. The building in the background is the Fairmont Chateau Laurier, and the course extends down into the locks that connect the Rideau Canal to the Ottawa River.


The next two photos are just from slightly different angles as I get closer to the Chateau Laurier. 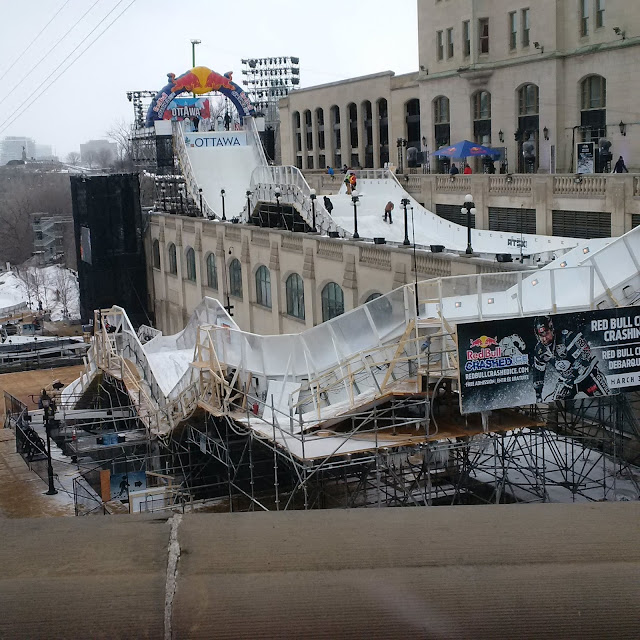 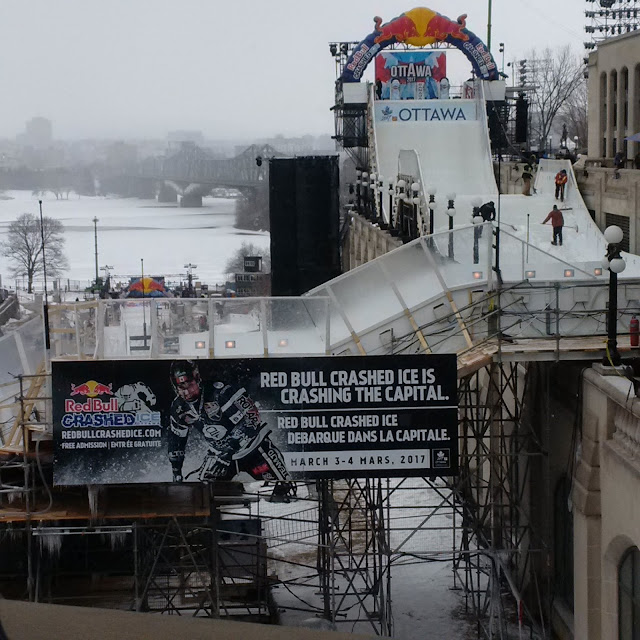 If I were twenty years younger, I would love to try racing down one of these courses. Now, though, knowing how long it takes my body to recover from injuries, it doesn't seem quite as enticing. I still think it would be fun!


I know I've been busy, and haven't been posting as much, and the next few photos were taken on Tuesday, January 31 when I went to a local bar to play Buzztime trivia. I was rather surprised at what was there. 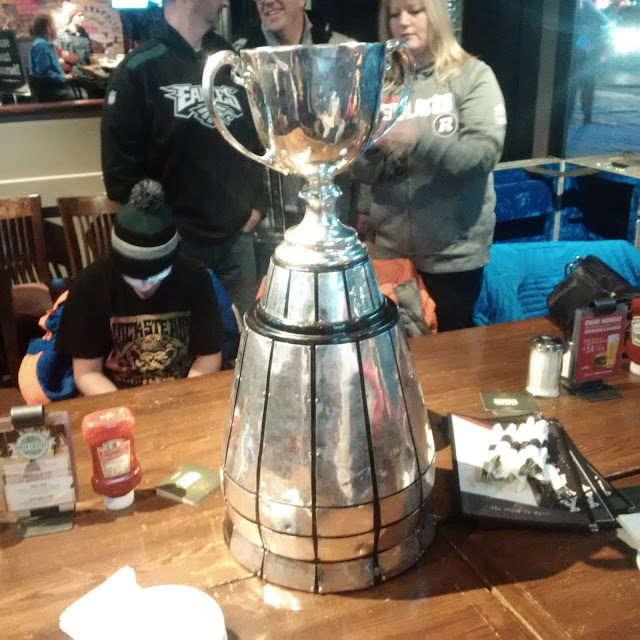 The 2016 Grey Cup was won by the Ottawa Redblacks (don't look at me, I didn't choose the name!), and a manager from the stadium had his day with the cup and brought it to our local bar. 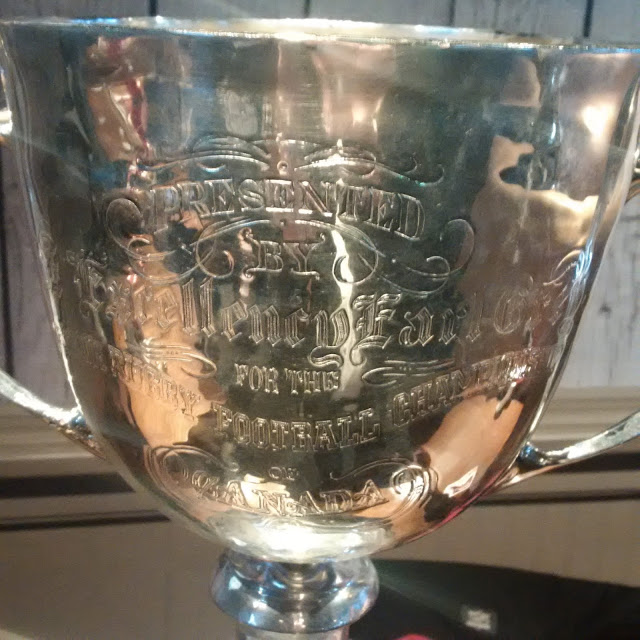 You might not be able to fully make it out, but the Grey Cup is "Presented by His Excellency Earl Grey for the Amateur Rugby Football Championship of Canada". The trophy was commissioned by the Governor General of Canada in 1909.


Now, me being old-fashioned, I didn't pick the trophy up and pose with it. It seemed like everyone else in the bar did except for the friend that I bought the Rizzuto/Martin card for. Like me, he felt that we didn't win it, so why should we be posing holding it.


Now, also, with me being an oddball, I found something else as fascinating as the Grey Cup. 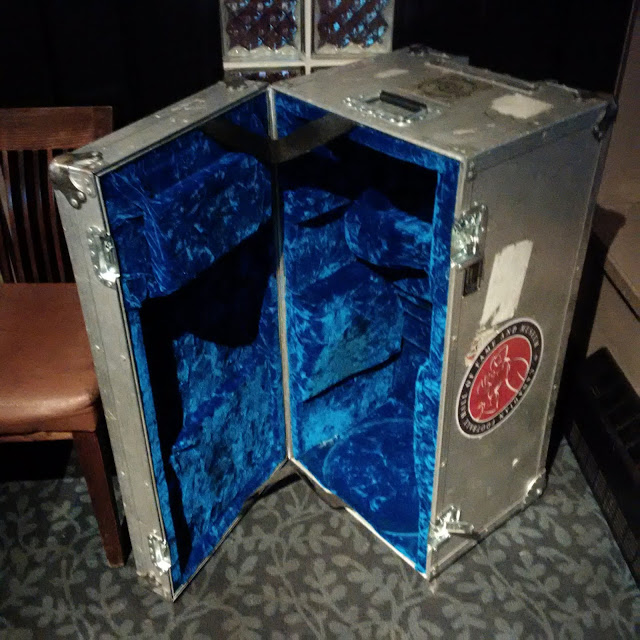 I think that I was the only person to photograph its case, and the sticker on the side. 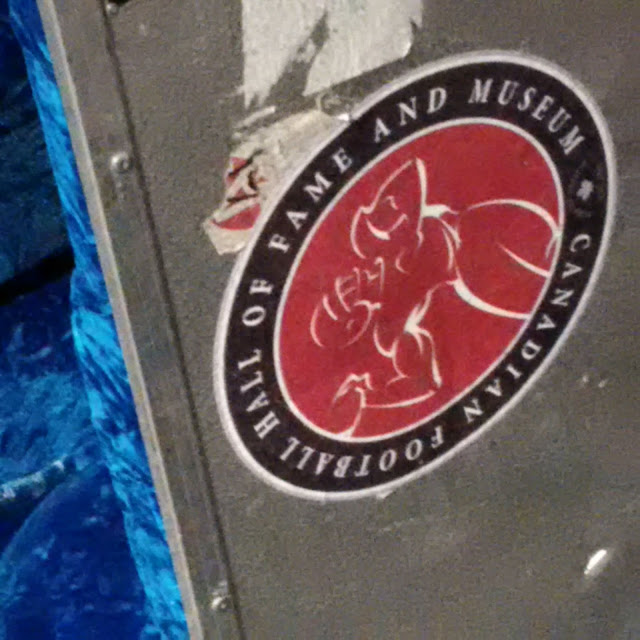 For those interested, the Canadian Football Hall of Fame is in Hamilton, Ontario. It has been close to thirty years since I visited it. The same goes for the baseball and hockey halls of fame. I should really go visit now that we're in the computer age - I'm sure things have somewhat changed.


Oh, it has only been a few years since I last went to Canton, Ohio for the Pro Football Hall of Fame. I've been there three times in the last decade.


Finally, one last thing to post about. Canadians may have seen this story on the news.


As the link says, there was a wedding on the Rideau Canal of two UK referees. I was there as I am friends with the bride's sister and brother-in-law here in Ottawa. If you watch the video found in the link above, if you look over the officiant's (in his Senators jersey) shoulder, I am in the back in a black jacket over his left shoulder. My boss let me head out there for my lunch break.


Oh, and if you watch the video, if you look past the bride and groom, you will see bridge. The Crashed Ice course has been built just beyond that bridge.


Now, what sort of wedding doesn't have some sort of stag night? Well, we did something a bit different. We went axe throwing! 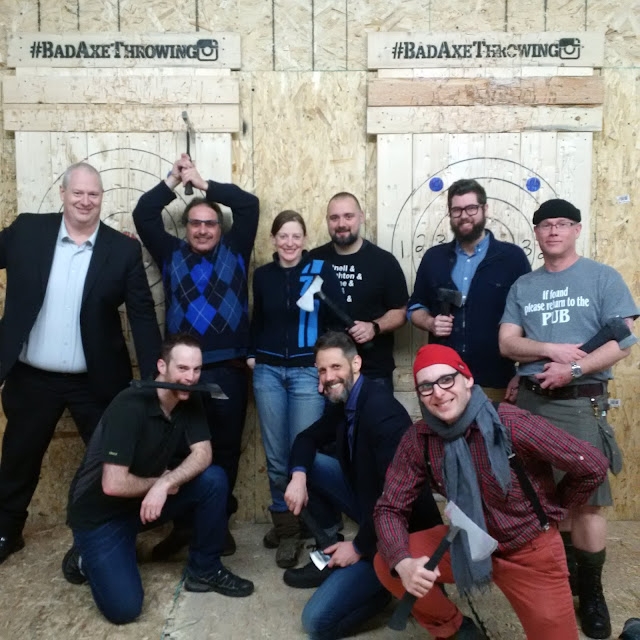 We were there for just over two and half hours, and it was a lot of fun!


I am on the far left of this photo, and of course forgot to bring a change of clothes to work. Oops.


It is a fun activity that isn't as easy to stick those axes into the targets as it looks when you see people throw axes in the movies.